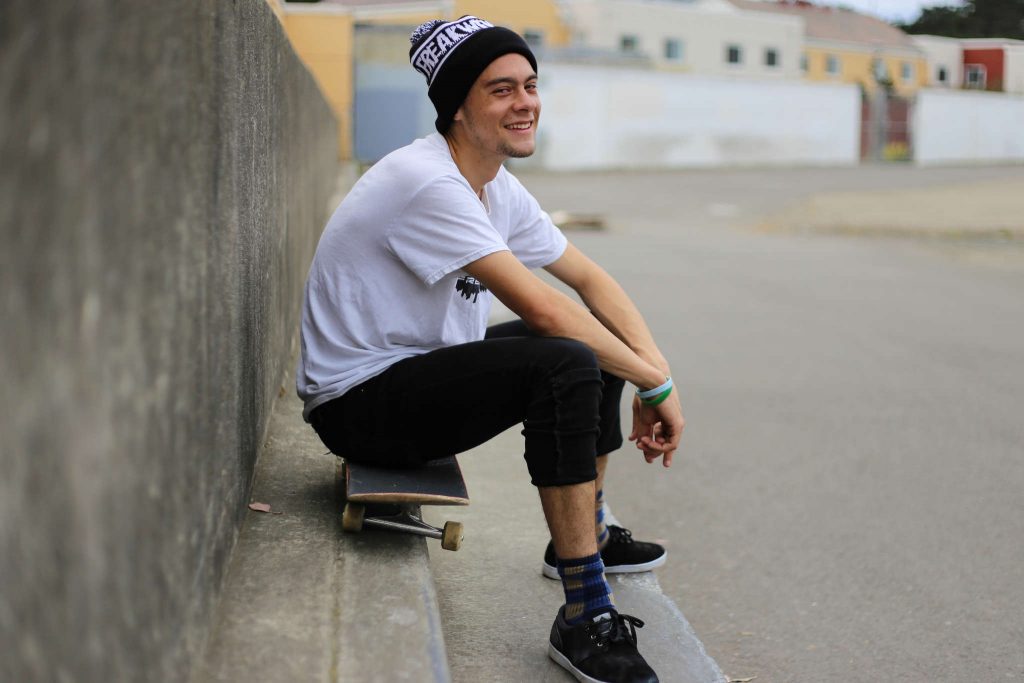 At 17, Sam Gershwin peered intently over his father’s shoulder as his experienced hands moved across Canadian maple to shape Gershwin’s first hurried skateboard at home. As a craftsman carpenter, Gershwin’s father showed him the ins and outs of pressing his own boards in their garage at home. What started out as a hobby quickly grew into a business model that incorporated Gershwin’s love for all things skateboarding.

Now 19, cinema major Gershwin channeled his creative energy into the creation of a thriving skate brand called Freakwency. Along with fellow SF State students Tyler Stojack, Mycah Williams, and longtime friend Andrew Rainbolt, Gershwin and his team have said they are making a name for themselves in the San Francisco skate scene.

“Skating is my absolute passion,” said Gershwin. “I started Freakwency because I want to be happy doing what I love the most.”

Gershwin moved from Thousand Oaks to San Francisco with the dream of studying cinematography and immersing himself in the city’s strong skate culture. After his first semester at SF State, Gershwin said he was more motivated than ever to find a professional manufacturer to continue Freakwency beyond his garage workshop.

Over a six-month period, his initial order of 72 skateboards fell to four. In addition to selling his products in person, Gershwin has established a business relationship with the owners of Park Plaza Fine Foods, who distribute his decks to the SF State skate community.

Mark Khoury, co-owner of the Park Merced convenience store, said he was satisfied with Freakwency’s sales.

“A lot of kids recognize his boards in the store,” Khoury said. “I even placed another order with Sam so we can continue to sell his product here.”

Gershwin is working to get his boards into San Francisco skate shops like Mission Skate and DLXSF on Market Street. With 20 years of experience in the skate industry, DLXSF buyer and director Matt Cantor has seen most new skate companies take three to five years to set their direction, establish a presence and make their mark. to know.

“What Sam is doing is awesome,” Cantor said. “He has a lot to think about when it comes to making his brand stand out, but that will come over time as he develops style in his design efforts.”

Whether it was being tossed around in the back of a Prius while hitchhiking or being chased by a security guard wearing a bulletproof vest, Stojack has recounted some of his favorite memories with his skate team that caused mischief by ripping through the city.

“The best part about being on the Freakwency skate team was filming with my friends,” Stojack said. “It doesn’t sound like a chore. We take the camera wherever we go and film all the stuff we’re working on that day.

Their next video, “Get Yo Freak On!” will feature images of the Freakwency team’s antics, highlighting the elements of fun and spontaneity that Gershwin said he wants to emulate as the foundation of his brand.

“I love watching skate videos where it’s obvious all the skaters are friends,” Gershwin said. “This is what I do with ‘Get Your Freak On!’ It shows our personalities and our style of skateboarding, which is a big part of getting people acquainted with our team. “